“A safer space is a supportive, non-threatening environment that encourages open-mindedness, respect, a willingness to learn from others, as well as physical and mental safety. It is a space that is critical of the power structures that affect our everyday lives, and where power dynamics, backgrounds, and the effects of our behavior on others are prioritized” – Coalition for Safer Space 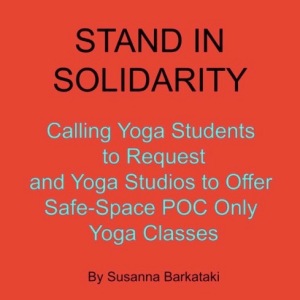 Image: A call to solidarity by Yoga Teacher & Blogger, Susanna Barkataki in her article  What Is Safe Space In Yoga Studios

I’ve recently been watching a series of youtube videos featuring bell hooks as Scholar in Residence at the New School. Central to bell hook’s critique of everything and repeated multiple times in each video is the phrase she coined, “white-supremacist capitalist patriarchy.” Below is a transcript from Cultural Criticism & Transformation, where she describes the necessity of naming this structural enmeshment in terms of how it effects her self-discovery/recovery.

To me an important break through, I felt, in my work and that of others was the call to use the term white-supremacy, over racism because racism in and of itself did not really allow for a discourse of colonization and decolonization, the recognition of the internalized racism within people of color and it was always in a sense keeping things at the level of which whiteness and white people remained at the center of our discussion. In my classroom I might say to students that you know that when we use the term white-supremacy it doesn’t just evoke white people, it evokes a political world that we can frame ourselves in relationship to.”

About a month ago, Rainer Beach Yoga in Seattle advertised a People of Color, POC, class. Teresa Wang, co-founder of the class, said that the affinity group, which included Queer, Trans People of Color had been meeting for five years without incidence, but after advertising the class to expand their out-reach, the email advert was anonymously sent to white-male, conservative Radio host, Dori Monson. Listen here.

I recently lived in a rapidly, gentrifying neighborhood of West Oakland, CA. where newcomer is code for white and longterm resident is code for black. The newcomers make list-serves and Facebook groups. For a brief period I was part of the Dogtown FB group where members routinely engage in self-appointed neighborhood surveillance, creating a kind of virtual vigilante, mainly against People of Color in the community. When I objected to an image posted that racially profiled a black male, I was chastised by a white man in the group as being a troll. The racial anxiety and entitlement of the newcomers is described here by Oakland activist Jesse Strauss.

Dori Monson was tipped off by someone who received the class announcement through a neighborhood list-serve, seemingly because this person felt threatened by a group of LGBTQ People of Color practicing Yoga. Why does this person fear diversity in their neighborhood? What are the racial assumptions that prompt seeking out a white conservative radio host to amplify their concerns? What is white fear? How does white fear effect people of color? 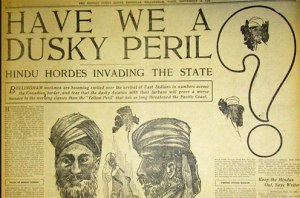 Below is an excerpt from Jenn M. Jackson’s White Fear: The Single Greatest Killer of Black People in the US.

“While watching this horror unfold, all I could think about was the multitudinous historical events of terror inflicted on blacks since the 1790s. From the mass beheadings and maimings on the heels of Nat Turner’s Rebellion to the destruction of private property in the 1920s burning of Black Wall Street conveniently called the “Tulsa Race Riots” (although only whites were rioting), white fear has taken the form of terror for black folks attempting sanctity and mobility in their own lives.

The logic of Dori Monson, is the logic of most white people ensnared in the trap of white-supremacy. Dori has no understanding of his own racial identity or the violence that racial identity perpetuates and therefor thinks there is such a thing as reverse racism. He wants listeners to imagine if white people did that, “held a class and said no people of color allowed”…Uhm, the Asiatic Exclusion League was a white supremacist organization active along the West Coast of the United States and Canada through the early twentieth century that did exactly as Dori Monson wants us to imagine. 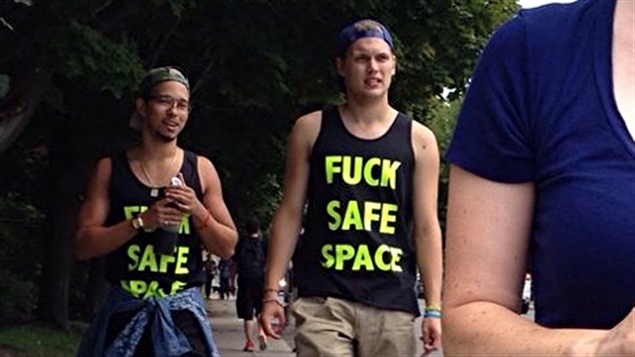 When Dori’s segment aired, Teresa and the studio received death threats so threatening they stopped practicing, which only serves to highlight the on-going white-supremacist culture of the Pacific Northwest and reiterates the immediate need for POC safe spaces, particularly in Yoga.

This is a short, self-produced documentary describing what happened to Sikh immigrants in Bellingham, Washington in 1907. Please watch before proceeding.

“On September 4th, 1907 five hundred white working men in Bellingham, WA gathered to drive a community of South Asian migrant workers out of the city. With the mission of “scar[ing] them so badly that they will not crowd white labor out of the mills,” the growing mob rallied and went to work.[1] The rioters moved through town, breaking windows, throwing rocks, indiscriminately beating people, overpowering a few police officers, and pulling men out of their workplaces and homes. They eventually rounded up two hundred or so of the South Asian immigrant workers in the basement of City Hall to stay the night. The mob was successful in that within ten days the entire South Asian population departed town. Despite promises of protections from city officials, the South Asian workers well understood that there was no protection for them in Bellingham and migrated up and down the Pacific coast looking for safer and saner living conditions.” 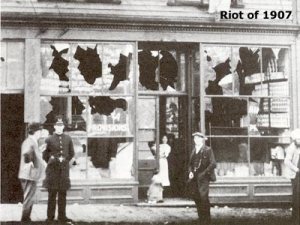 Image: Anti-Immigration sentiment in Canada…”In Vancouver, fears of an “Asiatic invasion” boiled over on 7 September 1907. A mob led by the Asiatic Exclusion League destroyed Chinese and Japanese property in Vancouver and there were many wounded.”

To conflate safer spaces with discriminatory practices is to completely miss the power differential inherent in white supremacy. It also denies America’s racist history and the current violence happening against black churches in Missouri. Why are black spaces of worship, black spaces of spiritual empowerment routinely set on fire? Because not only do black churches provide spiritual nourishment, they can also be sites of political resistance. What happens when a Yoga studio creates a class that is part of this resistance, simply by disrupting white-hetero-hegemony? The death threats received at Rainer Beach Yoga are a distressing example. 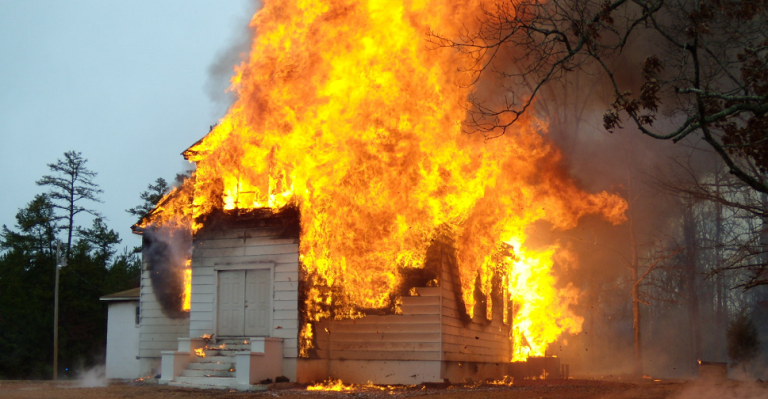 In watching these bell hooks video I found myself longing for this kind of sustained cultural critique in Yoga, longing for an unapologetic politic to keep “white-supremacist capitalist patriarchy” at the forefront of any conversation about Yoga in America. To keep colonization integral to any understanding we have of the intersection between whiteness and Yoga and any and all claims that whiteness makes to Yoga, especially around ahimsa, or non-violence.

A Yoga teacher shared this prophetic quote by Krsnamacharya from 1938…he’s reversing the white gaze, the stranger and the thief is the white westerner…

“The foreigners have stolen all the skills and knowledge and treasure of mother India, either right in front of us of in a hidden way. They pretend that they have discovered all this by themselves, bundle it together, and then bring it back here as though doing us a favor and in exchange take all the money and things we have saved up for our family’s welfare. After some time passes, they will try and do the same thing with Yogavidya. We can clearly state that the blame for this is that while we have read books required for the knowledge of yoga to shine, we have not understood or studied the concepts or brought them into our experience. If we still sleep and keep our eyes close, then the foreigners will become our gurus in Yogavidya.”

The foreigner, the white yoga body, is an unracialised identity, which is why there is no mention of race, colonization or decolonization in mainstream Yoga. But can this racial denial provide safe space for People of Color? Appropriation is an extension of Imperialism and if domination is central to both, then how does the white Yoga body, as both a corporeal and studio entity participate in violence, especially against People of Color?

Part of the problem with Yoga is the word is used to denote many things. If one uses it in the sense of Moksa, liberation, then ideology, whatever its basis, is understood to be Mithya, understood to have a dependent reality. The pursuit of Yoga is to know Satyam, that reality, which is completely independent of all names and forms.

There are orders of reality, like trying to catch a butterfly with a shadow of a net and words and their meanings like anti-capitalist, economy, liberal-practice all belong to the Vyavaharika, the empirical reality. It’s not that they don’t exist, it’s that they don’t independently exist…like a pot doesn’t independently exist from the clay it depends upon, but knowing the clay doesn’t eradicate the pot, so I’m left to contend with the positionally of pot in the empirical reality.

Most people have taken to Yoga to get rid of something, psychological pain, physical pain; they want to be other than the suffering they experience, they want to escape, to not deal, to not have to resolve the cognitive dissonance kept intact personally and culturally for centuries…liberal would mean maintaining the cognitive dissonance of the status quo, and in this way, Yoga, as an industry, functions within this liberal model and hence is enmeshed with “white-supremacist capitalist patriarchy.”

The demographics of Western Yoga are overwhelmingly white and whites are overwhelmingly in denial of the imperial violence of whiteness, but who wants to go to Yoga, accessorized with colorful Mala beads and enthusiastic Namastes and act all Ahimsa/non-violence like and then have to reflect upon how much of their lives is built upon Himsa/violence? Drag, but the other way is a dangerous fallacy, so… 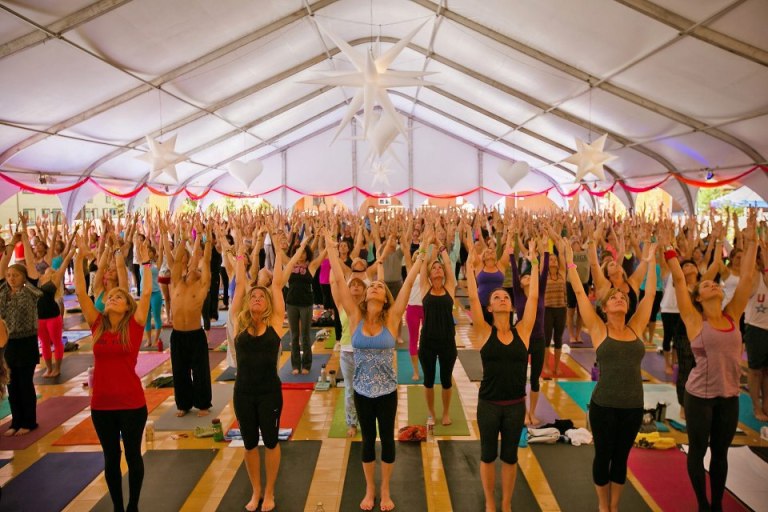 PostYoga, A Manifesto seeks to explore postcolonial dynamics in Yoga to better understand the intersection of existential spirituality with the nihilistic precarity of capitalism. If Yoga has a meaningful future in America, it will decidedly have to be anti-capitalist, or the Yoga industry must necessarily engage in acknowledging its position within “white supremacist capitalist patriarchy,” making Yoga a Feminist issue, which is good news for Rainer Beach Yoga…May we all be in solidarity with safer spaces for People of Color in Yoga and Everywhere.

5 thoughts on “Yoga & The Unbearable Being of Whiteness”